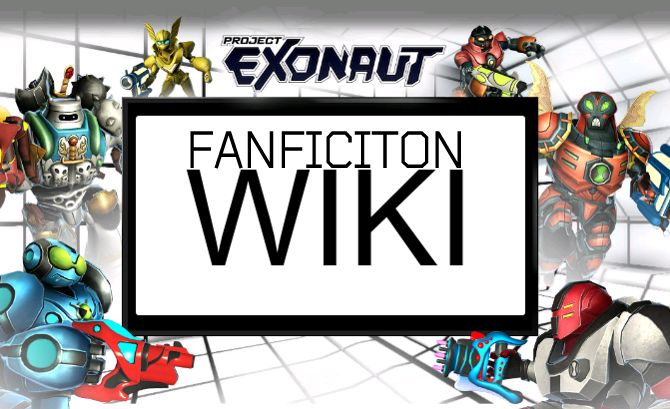 WELCOME TO FANON EXONAUT! The Wiki anyone can edit! To play the game click here.

Marceline is a playable Exosuit of the Banzai Squadron on Project Exonaut. Her Weapon Mod increases the accuracy and firing rate of the Wildfire. The Marceline Exosuit is available for purhase at level 10 for 750 coins. Also, she is unlocked on the Halloween Slam event and the Holiday Bash event

Marceline is the half-demon vampiric rocker friend of Finn and Jake, since she has lived for so long she has made claims on many pieces of land including theTree Fort but after a fierce battle between her and Finn she found him awesome enough to let him keep his home.                         Marceline, the Vampire Queen (full name: Marceline Abadeer) is one of the main characters in Adventure Time and a half-demon/half-vampire who is over a millennium old. During Finn and Jake's first encounters with her, she requests that they leave wherever they are as long as the areas belong to her. Though initially an enemy to them, she quickly becomes one of Finn and Jake's closest friends. Her father is the demon who rules the Nightosphere.

Marceline is over a thousand years old, as she said in "Evicted!" and "Daddy's Little Monster." In "Memory of a Memory," one of Marceline's memories shows her as a young girl playing near the burning ruins of a city, presumably the aftermath of the Mushroom War. It is later found out in "I Remember You" that the Ice King gave her Hambo during the war. It is revealed in "Finn the Human" that Marceline already knew the Ice King by the end of the war, confirming that the events shown in "I Remember You" happened during the war, not after. It has yet to be explained how Marceline returned to her family. It is revealed in "Finn the Human" that Marceline was still traveling with the Ice King as the events in that alternate universe cause the Ice King to die and she chooses to guard his dead body.

When Marceline was a teenager, her father ate her fries in the ruins of a diner, as Finn witnessed in her memory. This incident damages Marceline's relationship with her father, which she later sings about in her "Fry Song." At a later point in her life, the first memory where she is chronologically seen as a vampire, she moved into the Tree Fort(that would later become Finn and Jake's home) with her boyfriend Ash. She would later dump him for selling her prized possession Hambo, a raggedy teddy bear that she carried close to her throughout the years of her life that the Ice King was shown in "I Remember You" giving her Hambo when she was young. Marceline has also mentioned her mother, but no in depth information has been given about her or their relationship yet.

In "Evicted!" Marceline says that she had been traveling all over the Land of Ooo, claiming that she has had adventures such as riding Giant Goldfish and traveling to the Fire Kingdom, although, according to Natasha Allegri, she was lying and trying to show off. She has also apparently gained several places of residence throughout her life.

It's unknown exactly when or how Marceline became a vampire, although she did not have a bite mark on her neck when she was younger. As revealed by her alternate version in Farmworld, Marceline does consider herself half-demon, which may be a major contribution to her longevity. However, this side doesn't give her any magical powers or abilities such as flight and transformation as well as a similar eternal youth to her father, which she appears to have gained due to her vampire powers.

Retrieved from "https://fanonexonaut.fandom.com/wiki/FanonExonaut:_Project_Exonaut%27s_Fan_Fiction_Wiki?oldid=4130"
Community content is available under CC-BY-SA unless otherwise noted.